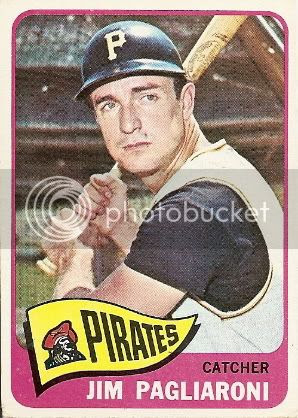 Jim looks solemn in this photo. Maybe he's trapped in the batting cage and is resigned to a life as a caged animal.

-He made his debut at age 17, but appeared in only one game before going to the minors for seasoning.

-He took over the starting duties behind the plate in 1961, and hit a game-tying grand slam with two outs in the bottom of the ninth inning on June 18. The Sox had given up five runs in the top of the frame to fall behind 12-5, and rallied back for eight runs and a thrilling walkoff win. For an encore, he caught all 13 innings of the second game of that day's doubleheader and hit the game-winning homer!

-Was traded to Pittsburgh and spent four seasons as their primary catcher (1963-1966).

-Finished his career with a year-plus in Oakland and a forty-game swing with the Seattle Pilots, playing his last game in 1969.

-After retiring, Jim went on to live in Grass Valley, CA, where he was executive director of a food and agricultural company servicing the Pacific Rim. He passed away just last month, having suffered from cancer and heart ailments. He was 72. 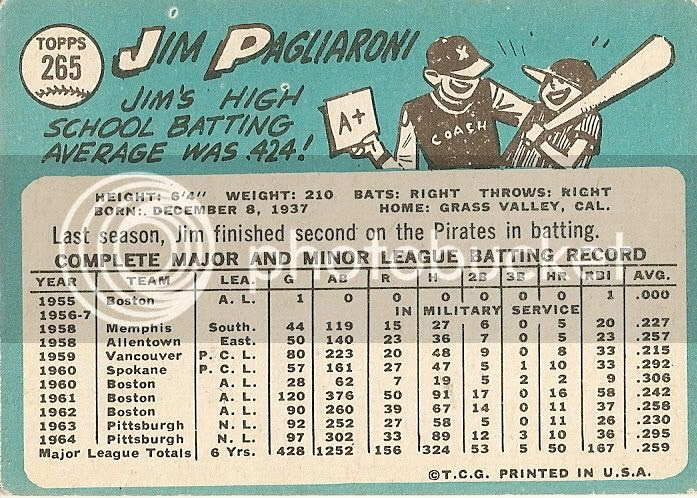