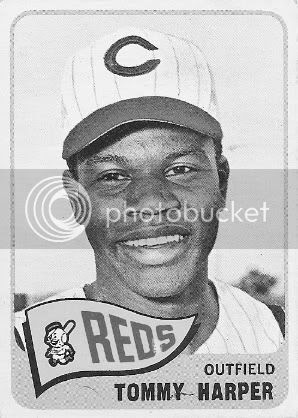 Tommy Harper knows that the week is more than half over, and he couldn't be happier about it! I don't know about you, but I'm with him all the way.

-Originally from Louisiana, he played high school ball in California, where he was teammates with Willie Stargell and Curt Motton.

-After a few subpar seasons, was exposed to the expansion draft in 1969. Became the Seattle Pilots' second-round pick, and led the ill-fated team and the league with 73 steals (including four in one game vs. the White Sox!). He was the first batter in Pilots history, and the following year he repeated the feat as the first-ever Brewers batter.

-A year after joining the Red Sox in a ten-player trade that included George Scott and Ken Brett (George's brother), Tommy won his second stolen base crown in 1973 with 54 thefts (a Boston team record). He also hit .281 with 17 home runs and was named the team's MVP.

-Retired in 1976 after spending his final two seasons bouncing from California to Oakland to Baltimore. His 408 steals are 61st all-time. 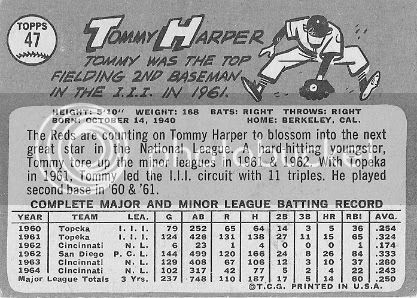